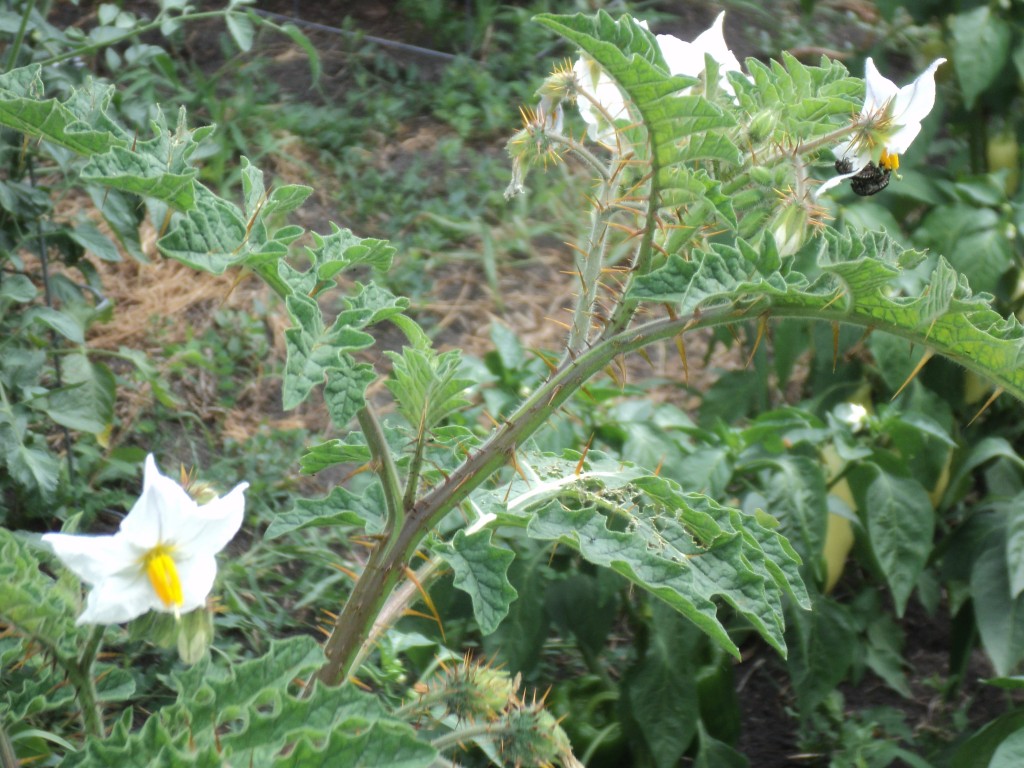 Litchi tomatoes in 203 E-wing. Litchi tomatoes (Solanum sisymbriifolium) bear small red fruit with bright orange interiors that are often described as tasting like sour cherries with a hint of tomato. Their most distinctive feature is visible above—a thick armor of prickles over the entire plant, including on the husk of the fruit itself. 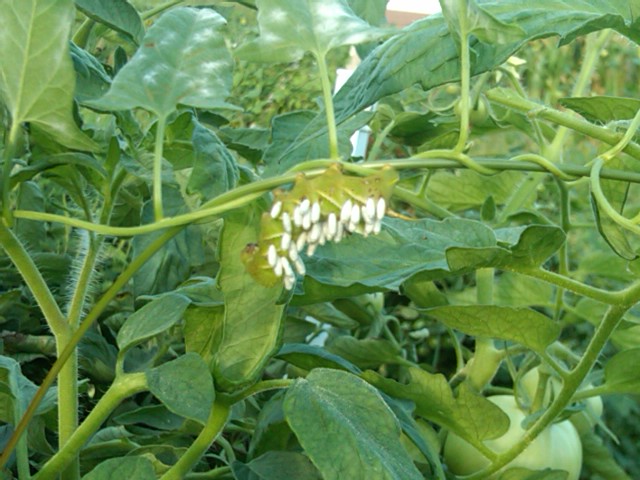 The tomato hornworm pictured above has parasitic wasp eggs attached to its back.  Mother nature’s way of controlling these voracious eaters. 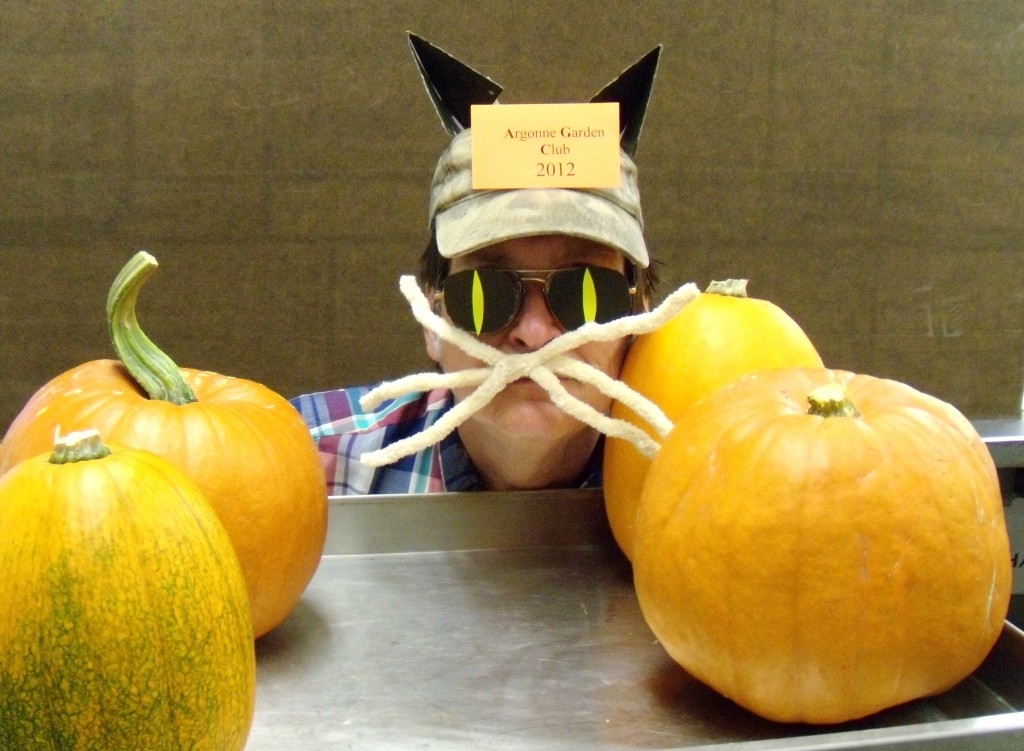 The first ANL grown pumpkins of 2012!

A “topsy turvy” tomato plant growing from the bottom of the blue hanging container. 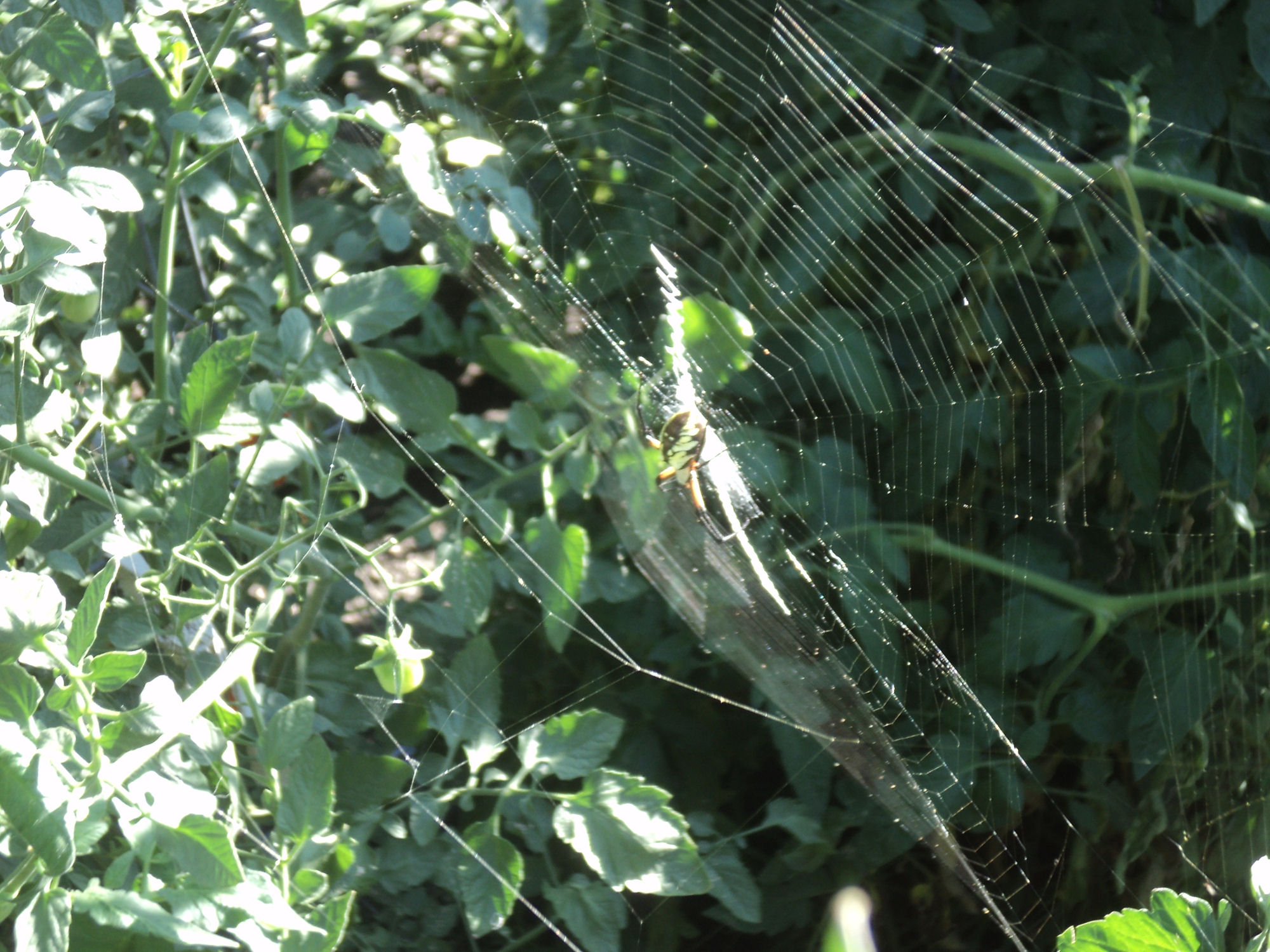 A garden spider protecting the tomatoes in 203 E-wing.

Please send photo submissions to garden@anl.gov and we will post them!