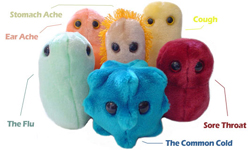 Science seeks to understand the world that we live in. Scientists are often characterized as denizens of the laboratory, but the most crucial part of scientific work is observing and taking samples from the environment. When the scale of the project is beyond the ability of the core research team, citizen scientists answer the call and join in the research effort.

Depending on the project, a citizen scientist could be collecting mushrooms from a nearby forest, taking a water sample from their faucet, or monitoring pollution levels in an urban creek. Today “crowd-sourcing” data collection out to public volunteers enables research studies to draw on observations and samples from thousands of locales across the country. It produces a comprehensive study that no researcher could hope to complete if they were working in isolation. It also gives average people the opportunity to take part in scientific research and interact with scientists. 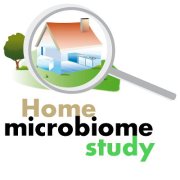 One such citizen science project is the Home Microbiome Study led by postdoc Daniel Smith (CELS). What Smith wants are your microbes. He is looking for volunteers who are about to move to a different house to join his study. Participants will be asked to collect samples every other day for six weeks to monitor how the microbiomes of themselves and their house change in response to one another. This data will provide valuable information on how stable microbiomes are, and whether microbiomes colonize our homes or our home’s microbiomes colonize us.

Microbes flourish on every surface of our bodies — both inside and out. They are essential for health, and often responsible for disease. Studies are beginning to find that certain combinations of bacteria can impact health conditions ranging from obesity to Crohn’s and inflammatory bowel disease. Smith’s study is the first to investigate the degree to which our microbiome changes when our external environment changes, and in turn, how our environment can affect our health.

Smith first got into the microbe business after completing graduate work at Oregon State University. Environmental microbiologist Jack Gilbert (CELS) felt that Smith’s dual expertise in computational biology and microbial ecology made him an ideal candidate to lead the Home Microbiome Study. This study draws heavily on the latest bioinformatics tools to process 25 million DNA sequences from 2,500 samples and then interpret the biological relevance of the results. Just getting this immense project off the ground will be impossible without the help of citizen scientists.

“This is a great project to involve the general public in because most people understand the prevalence of microbes around us and the impact they can have on human health,” says Smith.

However, even though people are interested in Smith’s work, it has been difficult for him to recruit participants for this study. This is due to the small percentage of people who are moving at any given time. To overcome this obstacle, Smith has gotten a bit creative in advertising the project to as many people as possible. He has turned to social media.

“Social media provides an excellent way for people to publicly express their interest in our study,” says Smith. You can like the Home Microbiome Study at http://www.facebook.com/HomeMicrobiome or follow the study on Twitter at http://twitter.com/homemicrobiome. Smith posts announcements, issues open calls for microbes and keeps followers up to speed on the progress of the study. He also maintains a Web site at http://homemicrobiome.com to post the latest findings in the study to the general public and fellow scientists alike. Social media allows Smith a more conversational and casual way to present his research and receive feedback from a variety of interested persons before publishing the results in a peer-reviewed journal.

“The public really has responded positively to our internet presence and timely sharing of results,” says Smith. Some scientists might be leery of posting their research to the public. Smith feels that science is much more productive with an open access model. He is careful though with putting things in context. Saying “we found bacteria on kitchen counters” might be worrisome to people who are not aware that this is normal and expected. “Mentioning that the bacteria identified are close relatives of disease-causing pathogens is even scarier,” says Smith. He takes great care though in explaining the unlikeliness of contracting the disease.

Smith encourages his fellow scientists and researchers to create a Facebook page for their laboratories. By using social media for research, scientists can easily keep far away colleagues, laboratory members, and the general public up-to-speed on their research. The interaction also allows researchers a great way to share ideas and collaborate. 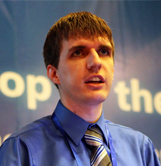 Daniel Smith graduated from Oregon State University (OSU) in 2005 with dual bachelor degrees in computer science and bioresource research, and a minor in chemistry.  From 2005 to 2011 he worked with Steve Giovannoni at OSU on identifying the physiological responses of the marine bacterium Candidatus Pelagibacter ubique to different nutrient limitations. He graduated from OSU with a Ph.D. in 2011.

At Argonne, Smith has worked on a number of different projects in the role of computational biologist.  After completion of the Home Microbiome Study, he plans to join a team of scientists investigating the development and succession of microbial communities in a newly built hospital.