Catching up with Alumni Dimple Kundiyana and Julian Sweet 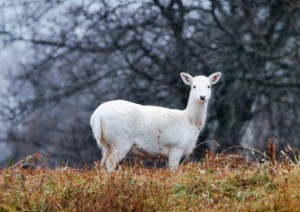 Dimple took this photo of the famous Argonne white deer during his postdoc tenure.

Dimple Kundiyana was a postdoctoral researcher in the Energy Systems Division at Argonne from 2011-2012. During his time at Argonne he performed research as part of a special partnership called the Green Fuels Depot. This ambitious project teamed up with the City of Naperville and Packer Engineering to convert municipal yard waste into transportation fuels.The project worked to convert 48,000 cubic yards of landscape waste to biofuel, electricity and H2 gas which could power Naperville’s 300 flex fuel vehicles.

While this goal was demanding enough, Dimple also worked on a feasibility study in collaboration with Argonne’s Transportation Technology R&D Center aimed at determining the potential of higher alcohols as a transportation fuel and a phytoremediation project that sought to use plants to reduce the effects of 1, 4-dioxane in the area ground water.

Today Dimple is part of the research and discovery team at E&J Gallo, the largest family owned winery in the world. The company has more than 70 brands that are sold across 90 countries. E&J Gallo holds a commanding market space with brand names such as E&J Gallo, New Amsterdam, Barefoot, Mirassou and Louis Martini. As a member of R&D he uses his expertise in biochemical engineering to drive new wine and spirit product lines based on product selection and differentiation. Dimple studies the chemical processes and make-up of wine to enhance flavors, tannins and consistency.

“This may be the only profession where we start our day tasting wine and spirits,” says Dimple, “It is perfectly normal to have your office space lined with wine and spirits bottles.” The entire team at E&J Gallo is passionate about wine and spirits. The R&D team is made up of chemists, engineers, sensory scientists, enologists and viticulturists — scientists who study wine and wine-making.

This dream job was the result of extensive networking among his peers and alumni. Dimple also used social media such as Facebook and Linked-In to cultivate opportunities. “It takes time and effort to build-up the necessary networks,” says Dimple, “The career search is a living process which should not stop at a temporary postdoctoral position.” It took Dimple eight months to land his position at E&J Gallo. He credits his postdoctoral research with giving him the necessary visibility to land the position. Dimple learned that his perseverant and patient during his search helped as well. He found that the people and project management skills he developed at Argonne have helped him in his new position. Dimple enjoyed his time at Argonne and misses the abundant wildlife surrounding Argonne and biking, jogging and running in Forest Glen. 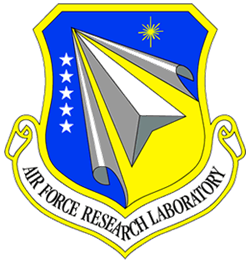 Julian Sweet was a postdoctoral researcher in the Nanoscience and Technology Division at Argonne from 2010-2013. During this time Julian worked on the optical trapping and tweezing of metal nanowires as well as characterization by coherent X-ray diffraction using the Advanced Photon Source.

Today Julian is a staff research physicist at the Air Force Research Laboratory at Wright-Patterson Air Force Base in Dayton, Ohio. He works in the Sensors Directorate on projects involving quantum optics, plasmonics, as well as quantum computation.

He has found his new position to be rewarding and quite unique. “I’m allowed a great deal of flexibility to work on a myriad of basic physics questions,” says Julian.

As a staff research physicist Julian collaborates with several universities and frequently hosts guest speakers. His position provides him all the benefits of an academic position. He found his position by reaching out to all his contacts and making them aware of his availability and job search.

His fondest memories of Argonne are of enjoying lunch with his colleagues at the Center for Nanoscale Materials. He recommends that postdocs make connections at the laboratory and open up their networks.

From the Winter 2013/2014 Edition of the Postdoctoral Journal.